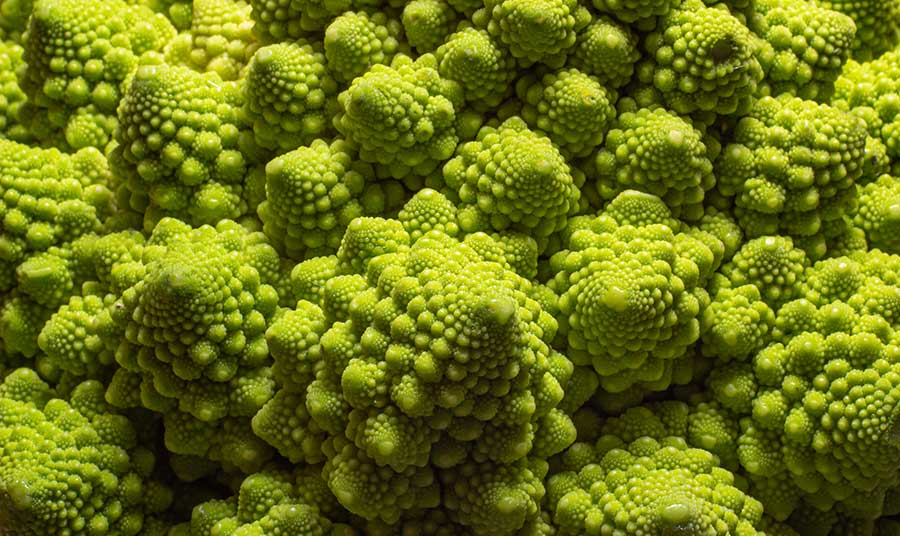 (Inside Science) -- The spiraling cones of Romanesco heads look more like psychedelic works of art than like their more mundane cousin the cauliflower. Now scientists have found these complex fractal structures may be created from chain reactions that build stems on top of stems.

A growing plant regularly produces organs such as leaves, shoots or flowers in a specific arrangement called its phyllotaxis. Plants with a spiral phyllotaxis usually grow structures in dual spirals that curl in opposite directions. Cauliflower's spirals are unusual in how they are visible at not just one but multiple scales, a fractal pattern exemplified in Romanesco's continuous spirals of cones.

Cauliflower and Romanesco are both variants of the same species, Brassica oleracea, which also includes cabbage, broccoli, kale, Brussels sprouts, collard greens, kohlrabi and gai lan. Previous research found that cauliflower and Romanesco spirals are essentially failed flowers. As they develop, each of their inflorescences, or flower-bearing shoots, never matures but instead generates more inflorescences. However, the genetic foundation of these patterns remained a mystery.

"The ancestral plant of cauliflower and Romanesco looks like a cabbage, very different from either cauliflower or Romanesco," said study co-senior author François Parcy, a geneticist at Grenoble Alpes University in France. "So how could genes build these complex structures?"

In the new study, researchers developed 3D computational models of plant development and experimented genetically with Arabidopsis thaliana, a relative of mustard. They found that in the shoots of cauliflower and Romanesco, the meristem -- the pool of stem cells that gives rise to all the other parts of a plant -- fails to create flowers but still produces chemical signals linked with a flowering state. As such, the stems keep trying to produce flowers but only continue generating more stems.

"The fact that we could reproduce these kinds of drastic changes in shape in Arabidopsis with only a couple of mutations was quite extraordinary," said study co-senior author Christophe Godin, a computer scientist at the University of Lyon in France.

The scientists found the unusual shape of the Romanesco is due to how its stems produce buds more and more rapidly over time, giving each of its florets a pyramidal appearance and making the fractal aspect of its structure clear. In contrast, the rate of bud production in the cauliflowers stays constant.

These findings may not only shed light on the genetic underpinnings of the structures of cauliflower, Romanesco and other members of their species. "We can also adapt our model to better understand other plants in general," Parcy said.

The scientists detailed their findings in the July 9 issue of the journal Science. 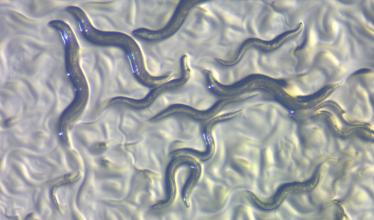 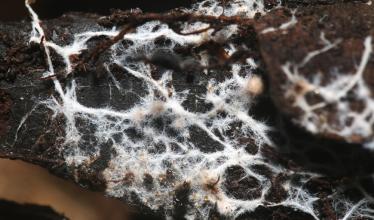 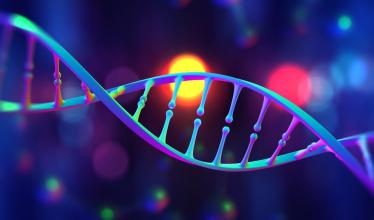