Experiments on fox squirrels show they know the perfect combination of speed, springiness and "parkour movements" to get their nuts.
Image 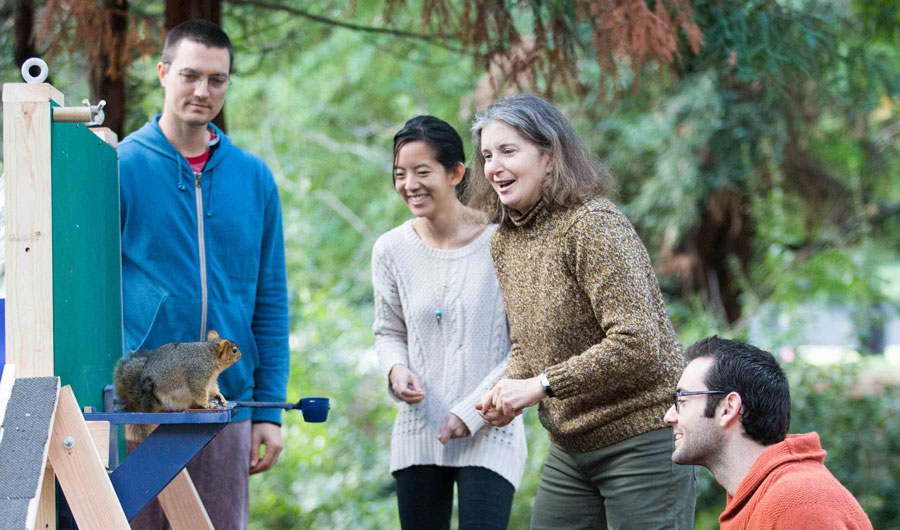 The research team with one of their subjects on the UC Berkeley campus.

(Inside Science) -- Fox squirrels would probably earn top scores from Olympics gymnastics judges, but they won’t budge if they can’t execute the perfect leap.

"They’re a champion species of what they do," said Lucia Jacobs, a professor at the University of California, Berkeley.

Jacobs and her co-authors studied how squirrels make perfect leaps as they move through trees and other obstacles. They published their results today in the journal Science.

"This is not squirrel Olympics. This is squirrel basic day of training," Jacobs said, adding that since she studies squirrels, "the Nutty Professor" should be her official title.

Jacobs and her colleagues created an obstacle course similar to a rock climbing wall with platforms and branches, and wheeled it outside on the Berkeley campus. They found plenty of willing squirrel volunteers to use the climbing wall even though they literally paid peanuts for the work.

The researchers kept track of different individuals by marking their fur with dye.

At first, the squirrels only had to make a simple jump from one platform to another to get peanuts. The researchers then began to move the second platform farther away, or higher up, to see if squirrels could still make the jump.

Using high-speed cameras, the researchers watched as the bushy-tailed creatures executed the leaps every time they bothered to try, often bouncing off the wall to reduce the velocity of their initial leap before landing on the branch with the peanut. "They never fall. They always adjust their velocity, their parkour maneuver, their launch position on the branch," Jacobs said.

The researchers noticed that the springiness of their launch platform was a much more important factor than the distance to the next platform as the animals decided whether the peanut was worth the leap. The squirrels also learned how to better adjust their force and movements when they repeated the same leap.

"Squirrels are thinking really hard as they move through the canopy," Jacobs said. "The reason you very rarely see a squirrel fall from a tree is they are constantly measuring the springiness of the branch, measuring the distance to the next branch and adjusting their movements very rapidly." 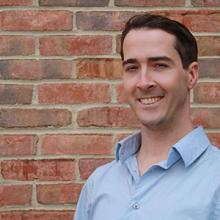