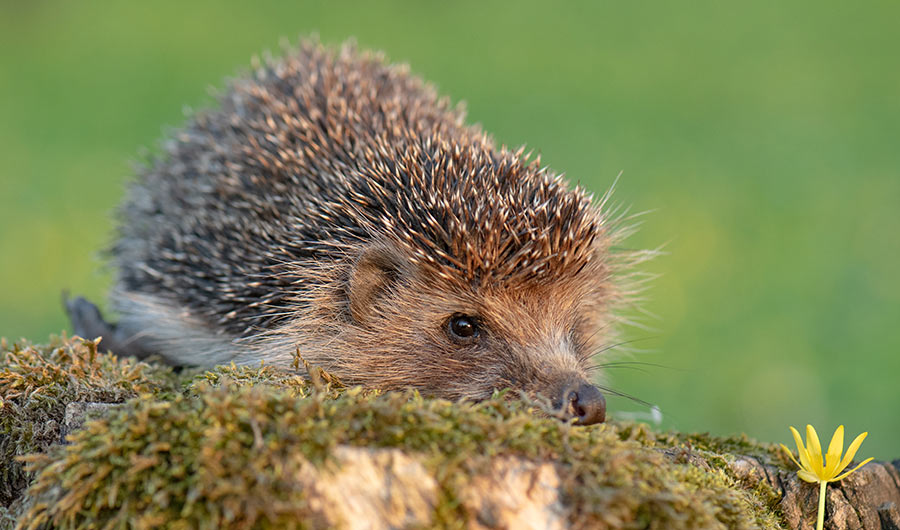 (Inside Science) -- As soon as humans started using antibiotics to fight bacterial infections, the bacteria started evolving ways to fight back. But new research shows that one so-called "superbug" resistant to important front-line antibiotics has been lurking in hedgehogs for more than 200 years, long before we even started to use the drugs.

Methicillin-resistant Staphylococcus aureus (MRSA) is a common antibiotic-resistant bacterium that is a particular problem in hospitals. Until about 17 years ago it was thought to only infect humans -- then it was discovered in cattle as well. So scientists including Jesper Larsen, a microbiologist at the Statens Serum Institut in Copenhagen, Denmark, started looking at a variety of wild animals to see if they also harbored the bacterium.

Larsen and his colleagues sampled hundreds of hedgehogs from wildlife sanctuaries across Europe and New Zealand and found a surprisingly high prevalence of the bacterium. Around 60% of hedgehogs had it, with the strain particularly common in the U.K. and Denmark.

"That was unusual, as we generally only see it in humans and livestock with high rates of antibiotics use," said Larsen -- and even then, the rates in livestock are only around 1%.

The researchers then sequenced the bacterial genomes and reconstructed their evolution. They found that the resistant bacteria were likely already present in hedgehogs in the early 1800s, well over a century before humans discovered antibiotics, and they then moved into livestock and people. The research was published today in the journal Nature.

For Larsen, the next question was why this bacterium was turning up in wild animals. Then the team stumbled upon a study from the 1960s that showed hedgehogs were often also infected with a fungus that naturally produced a chemical similar to penicillin. When they grew that fungus alongside bacteria from the hedgehogs, only MRSA could survive.

Larsen says this natural reservoir of resistant bacteria could help explain how resistance to methicillin arose so quickly. MRSA was first detected in humans in 1960, just one year after methicillin was deployed. And while the resistance gene that is common in hedgehogs is only responsible for a small number of human infections, it shows the potential for resistance to arise naturally and spill over into other species.

"Until now, most people thought there was only one driver of antibiotic resistance: our own use of the drugs," he said. "But there is also natural selection in wild animals, and we can't ignore that."

Lori Burrows, who studies antibiotic resistance at McMaster University in Hamilton, Canada, said that while the idea that resistance can result from natural processes is not a new one, the connection to hedgehogs -- and the mapping of the evolution of the bacteria -- is interesting. "It's important to think about how these strains evolved," she said.

But she cautions against assigning too much importance, or blame, to the hedgehogs alone. The risk of getting infected by a hedgehog is extremely low. And since Larsen's team used hedgehogs from animal sanctuaries, it's possible they were infected by their carers, or had been treated with antibiotics. Using historical museum specimens would have provided more reliable direct evidence, she said.

Larsen's team is right, however, that we cannot blame humans for every instance of resistance, she said. "We know antibiotic resistance is a long-standing phenomenon, and we’ve only been using them for 80 years," she said. "But we've made it worse by using them unsafely."

Larsen said this study shows why it is important for doctors, scientists and governments to approach the problem of antibiotic resistance from the perspective that human, animal and environmental health is all connected and should be treated holistically. And that viewpoint, sometimes called "One Health," is something that Burrows definitely agrees with. The virus that causes COVID-19 seems to have arisen first in bats before jumping to humans via at least one other animal, so the pandemic is a perfect example of how dangerous it can be to rub shoulders with animals. Keeping an eye on what is making animals sick can help warn us about what might soon make us sick as well.

"Just surveying human pathogens is not enough," she said. "That will tell us what's happening now, not what is coming next."