(Inside Science) -- Anyone who's met a cat knows that felines are notoriously difficult to keep track of. On nearly a weekly basis, one of my own disappears somewhere in the house, hiding while I fruitlessly tear the place apart and ignore the sinking fear that they may have gotten outside. After some period of time, they just … reappear.

Thanks to a new study published Wednesday in the journal PLOS One, we now know that our pet cats likely never have the same worries about us. Cats, the study suggests, are able to track their owners' whereabouts even from different rooms, using only the sound of the human voice.

While researchers have long known that cats possess object permanence, or the ability to recognize the existence of an object even when it is no longer immediately seen, the real-time "tracking" capabilities shown in this study open up new ways to study cats' minds.

"We believe that the cognitive ability to represent the invisible in the mind is important because it is the foundation of imagination and creativity," Saho Takagi, a doctoral student at Kyoto University and the lead author of the study, wrote in an email to Inside Science.

In a series of three experiments, Takagi's team observed how cats placed in a familiar room responded to a sequence of sounds played from speakers located both inside and outside of the room. The first experiment used human voices, the second used the sounds of other cats, and the third used generic electronic sounds. Takagi found that while the cats had no strong reaction to the electronic or cat sounds hopping between speakers outside and inside of the room, hearing an owner's voice seemingly "teleport" into the room without the owner present left the cats noticeably confused. (The sound of an unfamiliar human's voice also caused confusion, though not as much as a cat's owner's did.)

Takagi wrote that she was surprised that her whiskered companions didn't appear to be tracking the sounds of other cats.

"It is possible that cats did not discriminate between the voices of the same species to begin with, but in recent years various studies have reported differences between cat-cat communication and cat-human communication," she explained. Still another possibility is that cats require a higher frequency of sound to distinguish between one another than can be captured by a speaker, preventing them from understanding that repeated purrs and hisses played in the experiment came from the same individual.

Though the conclusion that cats understand where their owners are seems relatively straightforward, the cognitive abilities it suggests are a helpful step forward in a field that for a long time has preferred to study another four-legged friend, the dog. Studies of cats' cognitive abilities, and of their relationships with their owners, have boomed anew in the last decade

"It is generally believed that cats are not as interested in their owners as dogs are," Takagi wrote, "but it turns out that they were mentally representing the invisible presence of their owners."

In other words, you can totally play hide-and-seek with your pet. 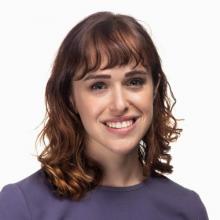