Racing later this year could influence which horses will be at their best -- and their chances of winning.
Image 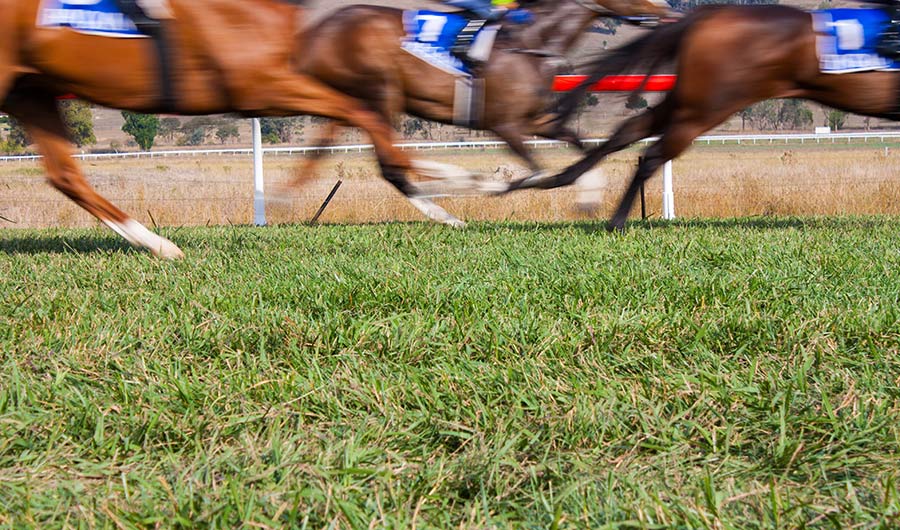 (Inside Science) -- The first Saturday in May is usually a festive occasion in Louisville, Kentucky, culminating with the running of the Kentucky Derby, arguably the most famous horse race in North America. But this year it will be eerily quiet, as the COVID-19 pandemic has forced the race to be postponed until September.

The delay has the potential to completely upend the race, as it disrupts training and racing schedules and gives late-blooming horses a chance to catch up with their peers. "Moving the Derby throws everything into chaos," said Jeff Greenhill, a horse trainer in LaGrange, Kentucky.

The Derby, like many high-profile races, is run by three-year-old horses. This year's crop were born between January and June 2017. Most horses don't hit their physical peak until they are about four and a half, so the three-year-olds are still developing and getting faster, said Marshall Gramm, an economist at Rhodes College in Memphis, Tennessee, who has studied the effect of age on racing performance in thoroughbreds. "Some of the horses will be closer to their peak in September," he said.

Gramm expects the race to be run slightly faster overall, as he would expect most horses of that age to improve by about two-fifths of a second between May and September – a potentially decisive increase in a race that usually takes about two minutes to run and is often decided by inches.

Horses tend to improve their aerobic capacity – their ability to use oxygen during exercise – with age and training, said David Marlin, an expert in equine exercise physiology based in the U.K. So an extra four months will allow some horses to develop that capacity further. He doesn't expect it to make a huge difference, but it could benefit some of the horses born later in the year, who might then be in better shape in September rather than May. "The real advantage will be for the late foals," he said.

Mark Casse, a horse trainer based in Florida, thinks the delay may help his horse Enforceable, who is slated to run in the Derby. Horses have form cycles -- they get good and then tail off before improving again -- and it was starting to look like Enforceable wasn't going to be at his best in May. "For us it was a bit of a bonus. He hadn't matured as much as I'd wanted," Casse said. "He'd tailed off a bit lately, so it was a relief to get the extra time."

But for Enforceable to be at his best for September, he will need to be in a few races over the summer, and it's not clear when those will happen. "We don't know when or where the races are going to be," said Casse. "It's like going bowling with no pins."

For the horses that had been projected to peak in May, however, the delay presents a big problem for trainers, said Greenhill, who is not training a horse for the Derby. Trainers tend to target a particular race, like the Derby and the other races in the Triple Crown, and carefully plan their schedule to build up to it. Now they need to find a way to keep their horses in good form for several more months, without knowing much about the schedule of upcoming races. "It's a precarious situation," he said.

Trainers will likely work their horses less hard, doing less speed work and trying to keep them in good physical condition, said Greenhill. "They'll have to back off; you can't keep a horse sharp forever," he said. "You just want to keep the horse happy and healthy."

Luckily, horses are better than humans at maintaining their fitness, said Marlin. If trainers back off a bit when the horse is three-quarters of the way to being fit for a race, they can keep them fit with less work over the summer. "There's no point in keeping up a full workload between now and September," he said. "It will just lead to wear and tear and increase the risk of injury."

There are any number of other factors that might also affect how the September race goes. Horses could get injured over the summer, or withdraw if other races fit their schedule better. The Derby organizers may also create more qualification races, providing opportunities for new horses to earn their way into the race. And the weather conditions are likely to be warmer and drier in September, which could also affect the outcome. "A race of that length is just at the point where the weather starts to have an effect," said Marlin. "It could suit some horses better than others."

All of the uncertainty will likely make for a much more unpredictable race. "It's going to be so interesting to see which 20 horses load into the gates in September," said Greenhill. "There will be horses in September that would have had no shot in May."