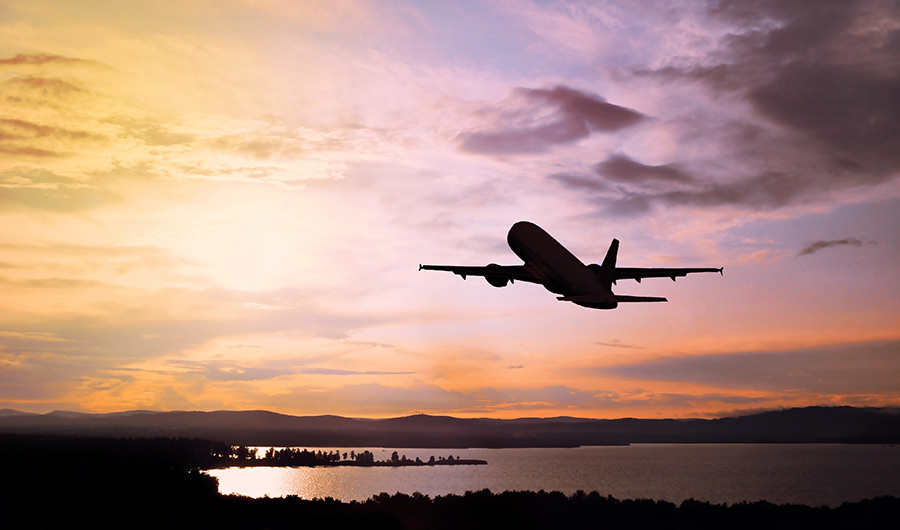 (Inside Science) -- On March 9, 2021, not a single airliner flew westbound across the North Atlantic. It was a perfect time to test a new way to control air traffic across the ocean, one that uses less fuel and emits less carbon dioxide.

Currently airliners emit 2.7% of the carbon dioxide in the atmosphere. Before the COVID-19 pandemic, almost 2,000 airliners safely crossed the North Atlantic each day, making it the busiest airspace in the world.

During the pandemic, traffic has been reduced by 60%, said Douglas Dillon, director of flight information at NAVCanada in Gander, Newfoundland, which monitors planes on the western end of the flight routes.

The current air traffic control system, the North Atlantic Organized Track Structure (OTS), keeps aircraft far apart from each other on six or seven invisible highways in the air. There hasn't been a single collision over the ocean in the history of modern aviation even though, until recently, much of the Atlantic airspace was beyond radar surveillance. Since 2018 it has become even safer, as low-orbiting satellites and onboard transponders began covering the routes and ATC knows where everyone is.

A recent study at the University of Reading in the U.K. confirms the idea that riding the wind more efficiently would produce a drop in emissions and better fuel economy. On days when the weather permits, the researchers suggest not using the OTS system at all.

Under OTS, airlines notify oceanic traffic centers of when and where they have scheduled flights each day. Flights from North America to Europe are reported to NAVCanada and westbound flights to NATS in Prestwick, Scotland.

Air traffic control assigns six or seven paths for the planes, usually, but not always, the one requested by the airlines, and it publishes the routes daily. The planes have to fly those tracks in single file across the water, said Dillon.

The invisible highways were originally spaced one degree of latitude, or 60 miles, from each other. That has been reduced by technology to 30 miles.

The planes are separated vertically by 1,000 feet and horizontally by 14 miles, and they fly one behind the other, eastbound at odd levels, westbound at even. The pilots are required to stay in their lanes. If a pilot runs into bad weather or turbulence, he or she can ask for a change in the altitude, which is done regularly, said Patrick Smith, a veteran pilot who flies the Atlantic regularly and was not involved in the new study. Changing tracks can be done but it is rare.

"I've been trained for it, but I've never actually done it," Smith said. Pilots can fly around storms, he added.

The rivers of airliners flow in both directions. Traffic eastbound from North America generally is scheduled for nights, westbound during the day, mostly because customers want it that way, and it takes advantage of the jet stream which blows stronger at night. Westbound planes take longer to cross the ocean than easstbound, and the flights are more turbulent.

Winds in the core of the jet stream can be as high as 200 nautical miles per hour (230 mph), giving quite a boost to eastbound flights, or a drag on the planes going westbound. In 2020, a British Airways 747-400 set the record for subsonic flights from New York to London, four hours and 53 minutes. Its ground speed hit 825 mph riding the wind.

The weakness of the current system is that it sometimes requires planes to take a longer route to their destination, and the planes are emitting more carbon dioxide than if they had flown with the jet stream. ATC takes the early morning weather forecast before it assigns tracks, but that could be a dozen hours before the flight. Additionally, ATC doesn't always approve the track the airlines want.

For the new study, the researchers examined fuel consumption in 35,000 flights in both directions between New York to London from December 2019 to February 2020. They compared the fuel used with what the weather indicated would be the fastest route in or around the jet stream.

The idea is to let the airlines choose which track they are going to take, weather and the course of the jet stream permitting, rather than have air traffic control assign one. This would give the airline a chance to change the assignment to something more to their liking if the weather changes, Dillon said. They could take advantage of the jet stream or avoid headwinds.

On "quiet days" like March 9, ATC wouldn't publish tracks at all, said Paul Williams, an atmospheric scientist at Reading and lead author of the study.

The researchers projected that using this approach, airliners would reduce the amount of carbon dioxide emitted by 6.7 million tons in a typical winter.

Since March, ATC has been testing the new system over the Atlantic.

"I am not aware of any resulting problems or complaints," Williams said. "In fact, the pilots I talk to who fly transatlantic routes love the extra freedom. For example, flights between Scandinavia and the Caribbean are usually forced to fly underneath or around the track system, which is hugely inefficient. Abandoning the tracks allows these aircraft to fly the most direct route, which is much shorter and faster."

"The freedom to choose optimal routes through the wind field, rather than be forced to fly along a prescribed set of tracks, not only saves time, fuel, and emissions, but also allows airlines to cut costs. It is a win-win situation for airlines, passengers and the planet," said Williams. 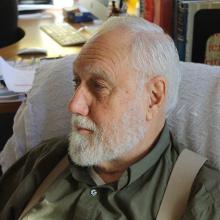 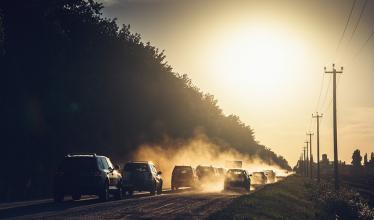 Researchers Are Uncovering a Plastic Cycle in the Atmosphere 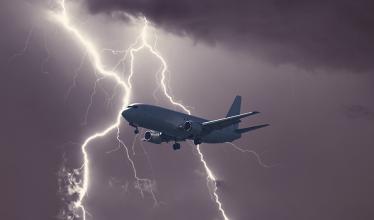 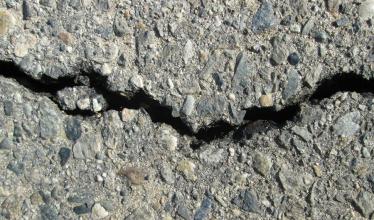 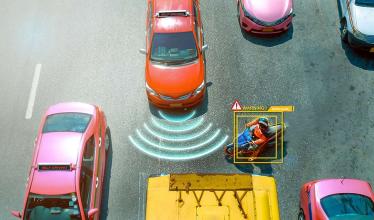 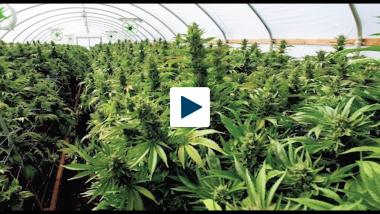 How Does Smoking Marijuana Affect Driving?