A Physics Student's View Of The Science Of Light

The UN designated 2015 as the International Year of Light. The closing ceremony was held in Merida, Mexico.
Image

Scientists gathered at the closing ceremony of the International Year of Light in Merida, Mexico this winter. From left to right in the photo are Salvador Ferrer, Sekazi Mtingwa, Luis Zapata, Matías Moreno, and Gihan Kamel.

(Inside Science Currents) -- The UN designated 2015 as the International Year of Light. Over three days in February, people gathered in the city of Merida, Mexico, for the closing ceremony. As part of the celebration, speakers talked about how the study of light has been impacting health, life and natural sciences, energy technologies and further technological advances.

Light, health and the life sciences

Studying light and its interaction with matter has not just enabled humanity to communicate over large distances, but also to develop novel medical techniques and tools to improve the quality of life.

For example, Susana Marcos, professor of research at the Instituto de Óptica in Madrid, develops imaging techniques for the early diagnosis of ocular pathologies, including a technique called laser ray tracing. In her lab, she and her colleagues project thin laser beams onto different pupil positions and simultaneously monitor the light reflected off the retina to reveal the optical aberrations of the eye. Optical aberrations play a crucial role in diagnosing myopia and other ocular refractive errors. Therefore, their analysis allows treatment of such diseases and development of correction methods.

“Among all the organs that can be studied, the eye is quite interesting, since there is not just an application of optics to biomedicine, but also an understanding of how the most extraordinary optical instrument works,” said Marcos.

Previously, Marcos researched blindness at the Schepens Eye Research Institute in Boston. According to her, tackling blindness -- and ocular pathologies, in general -- commonly brings together engineers, ophthalmologists, mathematicians and physicists. The sharing of ideas between these disciplines has a clinical application, and the ultimate goal is to cure blindness and other ocular diseases. Such an experience was enough to convince the optical scientist that, besides doing basic research, it is also important to have an impact on industry.

Light can also be a powerful tool in many other types of medicine such as using it to destroy cancer cells with a technique called photodynamic therapy. Vanderlei Bagnato, a physicist at the University of São Paulo, uses LEDs and laser light to treat certain types of cancer.

Depending on the part of the body being treated, photodynamic therapy involves putting special drugs called photosensitizing agents either into the bloodstream or on the skin so that cancer cells can absorb the drugs. When the tumor is exposed to light, the drugs react with oxygen, forming a chemical that kills the cancer cells. Bagnato utilizes the technique to attack tumors inside the body. “With fiber optical cables, light can be directed to go inside the body and eliminate tumors from inside out,” said Bagnato. “Another striking fact about [photodynamic therapy] is that, in principle, it can be applied to the nonsystemic type of tumors, that is, the ones that are localized. "

Bagnato also said that the technique's advantages make it very efficient to use in many places where people need to be treated. Because light can't travel very far through the body's tissues, the therapy is typically used to treat cancers on or just under the skin.

Science behind the invisibility cloak

Invisibility cloaks are a staple of science fiction and fantasy movies, employed to make spaceships and even people disappear. Being invisible has long been a dream for many of us, and scientists have now begun reaching this goal by devising invisibility cloaks consisting of microstructures able to guide light around very tiny objects, making them hidden to observers.

The microstructures are materials with engineered optical properties that have not yet been found in nature, said Sir John Pendry, a physicist at Imperial College London. These so-called metamaterials have a modified refractive index — a quantity that tells how much the light is bent while it passes through a medium. When these metamaterials cover an object, light is continuously bent and forced to propagate around the object, which makes it appear that the light continues in a straight line.

“The first work on cloaking was with microwaves. Since those days, the idea has spread out to shorter wavelengths and much longer wavelengths,” said Pendry. “People even made a cloak for visible light."

Still, Pendry warned that cloaking a moving object quickly becomes complicated. The transparency of the cloak depends on how fast it moves, since relativistic effects may come into play. “Suppose you try to cloak a spaceship that is traveling within a tenth of the velocity of light. In these conditions the cloak could not work,” he said.

But cloaking has not been restricted to just light waves. Physicists are now trying to extend the technique for invisibility to other sources of waves, including sound and earthquakes. For earthquakes, varying the density of the ground could bend the seismic waves. “Just as you can refract light, you can refract earthquake waves,” argued Pendry.

Using sunlight as a source of clean, renewable energy has been a subject of growing interest in the last decades. In particular, solar cells, which convert sunlight into electricity, have been widely applied due to their practicality and decreasing costs. However, in typical silicon solar cells, just 30 percent of the solar energy is transformed into electricity, primarily because there are bands of the solar spectrum that are not absorbed.

But energy conversion efficiency may be improved, said Harry Atwater, director of the Joint Center for Artificial Photosynthesis and an applied physicist and materials scientist at the California Institute of Technology. He is working on implementing multijunction solar cells in which light is directed onto separate thin cells. These are made of different semiconductor materials, and each of them absorbs a specific region of the electromagnetic spectrum.

Still, while the efficiency can increase even further by using more junctions, there is a practical limit to the number of layers that can be included in one monolithic structure. “For example, the record efficiency for a three-junction solar cell is about 37 percent,” said Atwater. He and his colleagues are currently researching how to increase efficiency to 40 to 50 percent.

While Atwater is confident that photovoltaic panels are going to become very cheap. He maintains that solar power is unlikely to completely satisfy present-day electricity requirements because it is difficult to store solar power, especially for use during times of peak electricity demand.

Atwater's idea is literally out of this world: “We could install power systems in space where the sun is shining constantly, 24 hours a day. In such a scheme, the energy is returned to the earth using microwave power transmission. This is the same way signals of televisions are sent from one place to another, just at higher power levels.” Implementation of this proposal would require a relatively large ground station -- comparable to the size of a photovoltaic installation on the earth—where microwave energy could be stored and turned back into direct current electric power.

Beyond those ambitions, Atwater also aims to generate chemical fuels such as hydrogen or methanol from sunlight, as plants do during photosynthesis. His lab has started a new five-year project which aims to selectively turn carbon dioxide (CO2) into vehicle fuel.

New sources of light for research and applications

Scientists' ability to use X-rays, a type of electromagnetic radiation, to study the structure of proteins and crystals at the atomic level, continues to improve. In particular, circular particle accelerators known as synchrotrons are helping scientists create high-energy X-rays that they're using to reveal tiny molecules or organisms among other things. A large number of these facilities, so-called third-generation facilities, have been built in many countries: PETRA at DESY in Germany, the Advanced Photon Source in the United States, and SPring-8 in Japan are currently some of the most powerful synchrotrons in operation. Matías Moreno, a physicist at Universidad Nacional Autónoma de México in Mexico City mentioned a proposal for a synchrotron radiation facility in Mexico, and accelerator physicist Sekazi Mtingwa said that a group of African countries is doing the same.

But just as advancements in technology have led to the miniaturization of electronic devices, X-ray sources can now unleash more and more brilliant radiation from "fourth generation" of X-ray sources. The development of these sources began with the advent of free-electron lasers (FELs). FELs are very similar to synchrotrons but instead of the electrons moving in a ring, they travel along a linear accelerator.

These lasers are especially powerful because they can reveal processes -- such as the joining or splitting of molecules -- that occur over one quadrillionth (one millionth of one billionth) of a second "The light emitted by FELs not only permits us to see atomic-scale pictures, but also to unravel the ultrafast processes that occur at these atomic scales,” said Dr. Luis Zapata, research scientist at the Center for Free-Electron Laser Science.

The U.S., Germany, and Japan each have an X-ray FEL, two new facilities in Switzerland (SwissFEL) and Germany (European XFEL) are under construction, and there are also plans to build similar devices in Korea. FELs are very expensive machines—in 2015, the approved annual budget for the European XFEL was about $100 million.

Zapata is currently working to develop ultrabright X-ray tabletop sources, which would have a much lower cost. In tabletop X-ray lasers, electrons are accelerated close to the speed of light and then collided with an intense laser pulse. The energy of the electrons is transferred to the photons of the pulse, a process known as inverse Compton scattering, which leads to X-rays. Constructing a tabletop device, he said, would cost about 1,000 times less than building a new XFEL. “While an XFEL project would cost easily a billion dollars, a tabletop would cost about a million. This makes these lasers accessible to universities, institutes, etc.,” says Zapata.

In all, during the International Year of Light celebration, many scientists told stories about the vital role of fundamental research on light, and they argued that this kind of basic science has been contributing significantly to human progress. The closing ceremony of the event looked beyond optics to promote the importance of light in technological advances and their usefulness in providing solutions to global challenges.

Miguel Angel Silva is currently a senior undergraduate student majoring in physics at the Universidad Nacional Autónoma de México (UNAM) and a student assistant at the Laboratory of Cold Atoms at the Instituto de Ciencias Nucleares. 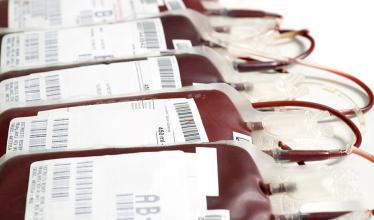 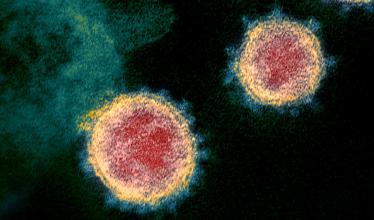 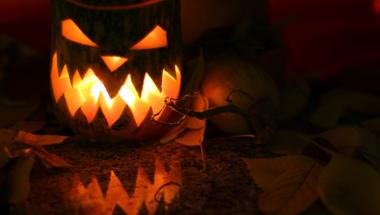 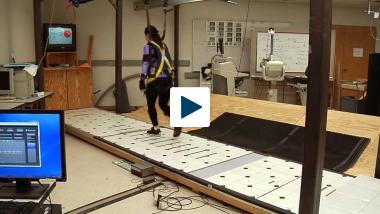