Genes for repairing DNA, metabolizing glucose and suppressing inflammation may help some rockfish live for hundreds of years.
Image 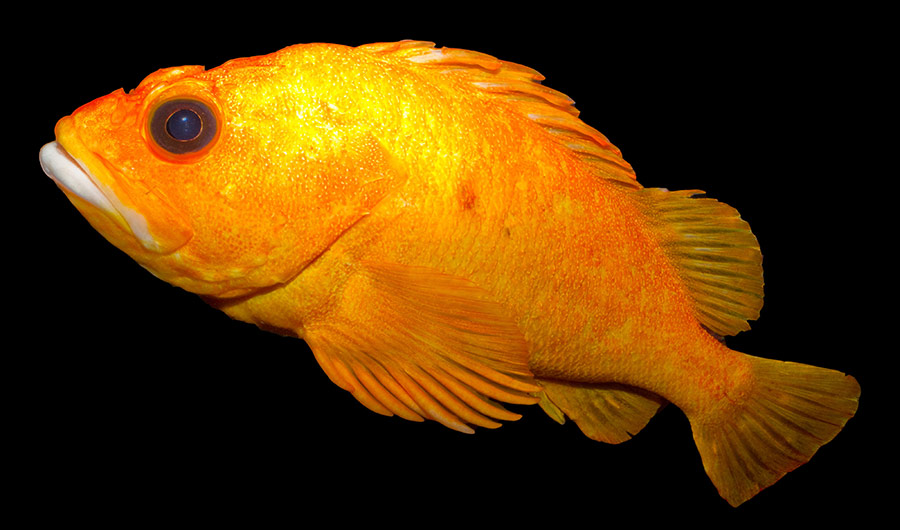 (Inside Science) -- Some types of rockfish have lifespans of scarcely a decade, while others can live more than 200 years. Now, the DNA of 88 rockfish species has helped researchers pinpoint what it takes to stay alive and healthy for centuries. The fishes' longevity secrets include changes in genes for repairing DNA, regulating insulin and glucose, and suppressing inflammation.

"I think rockfish are a super exciting group because they show such extreme variation in maximum lifespan," said Greg Owens, an evolutionary biologist at the University of Victoria in Canada. "We can leverage that to understand how lifespan evolved." Owens and his colleagues published their findings today in the journal Science.

All rockfish diverged from a single species within the last 10 million years, which is recent in evolutionary terms. Owens and his colleagues analyzed the DNA to see which genes had changed as these closely related species of fish adapted to different lifestyles and habitats. Some of these genes were consistently different for short- and long-lived species, suggesting they might play a role in lifespan.

For example, long-lived species showed rapid rates of change in genes that repair and maintain DNA. Such genes could potentially help fish avoid cancer as they grow old, said Owens.

"Scientists suspected for a long time that DNA repair is relevant for long life. But here they actually show very strong evidence for it," said Vera Gorbunova, a biologist at the University of Rochester who was not involved in the study but wrote a perspective article about it for the journal.

It can be hard to interpret such findings, however, because long-lived rockfish tend to grow bigger and live deeper in the ocean than shorter-lived species. Size and depth may affect lifespan indirectly, noted Owens. For example, large fish may live longer because they are safer from predators, and the cold temperatures of the deep may extend life by slowing metabolism. But the researchers were interested in genes with more direct effects on lifespan.

Using statistical methods, they identified 56 genes that appear to be related to lifespan but not related to size or depth. Some of these genes help control insulin and glucose -- key players in energy metabolism in fish as well as humans.

Many of the genes highlighted in the new study had already been linked to lifespan in previous research. For example, some of the glucose metabolism genes implicated in rockfish lifespans are also known to affect the lifespans of roundworms, fruit flies and mice.

But the majority of past research on lifespan involved experiments with lab animals. Many of those experiments directly manipulated the animals' DNA, said Daniel Promislow, an evolutionary geneticist at the University of Washington School of Medicine, who was not involved in the new study. The rockfish data help show that the lab studies' findings hold true in nature, with the same genes shaping lifespan across species.

"The fact that some of the pathways they identify have already been seen in laboratory studies is actually incredibly important," said Promislow.

And if it works for rockfish, perhaps it could someday work for humans as well.

"We have still a long way to go. But if we can find, let's say, some drugs, some molecules that can be used to give higher expression of these genes ... that could be useful for human longevity or certain diseases of inflammation," said Param Priya Singh, an evolutionary biologist at Stanford University who was not involved the study.

In general, it makes sense to study species that live longer than humans if you want to extend human lifespan, noted Singh. A fish that lived through the Victorian era and is still going strong must be doing something right.

Indeed, rockfish don't decline with age the way humans do. Fish keep growing throughout their lives, and in many species, the females produce more offspring the older and bigger they get. This is especially true of long-lived rockfish species, where the oldest females may produce up to a million young per year.

The fruitfulness of old females helps explain why rockfish would evolve such long lifespans. The oldest fish are the mothers of much of the rest of the population, and all those offspring carry their mothers' genes for longevity.

"Humans get old, and then we cannot reproduce anymore past a certain age. ... With fish it's different," said Gorbunova. "They kind of get better with age."